Home decorating tips: how to use anthurium plants
4 gifts that will make anyone who loves plants happy

These plants provide cleaner and fresher air in your home

Did you know that houseplants not only add oxygen to the air and make a room look more inviting but that some of them can also purify the air? NASA, the American National Aeronautics and Space Administration, conducted a study a number of years ago that was intended to discover the best ways to filter the air in a space station. The findings showed that certain houseplants could neutralise toxic substances by means of natural processes. This results in cleaner and fresher air in your home.

An important advantage provided by plants is that by purifying the air, they can help prevent complaints such as headaches, dry eyes, respiratory problems, dizziness and concentration problems. Improving both air quality and concentration levels means that they are also ideal for use in offices.

The research conducted by NASA measured the levels of benzene (a chemical commonly found in glues, paints, plastics and detergents), trichloroethylene (found in solvents used in various synthetic materials) and formaldehyde (a gas used in the production of leather, carpets and other products) in a room both before and after plants were placed in it. These five plants stood out in these studies as being beneficial:

According to NASA, the anthurium is incredibly effective at removing formaldehyde, ammonia, toluene and xylene from the air. This exotic plant is also easy to care for, has few demands and still remains attractive for a long period of time.

Also read: How to take care of my anthurium?

The chrysanthemum is especially effective at removing benzene from the air but it also removes other toxic substances from the air: formaldehyde, trichloroethylene, xylene, toluene and ammonia.

The study showed that the dragon blood tree is one of the most effective plants for neutralising formaldehyde in the air. But the plant also helps remove other volatile organic compounds from the air such as benzene, trichloroethylene and xylene.

The sansevieria removes benzene, formaldehyde, trichloroethylene and xylene from the air. Unlike other plants, this one transforms carbon dioxide into oxygen at night instead of during the day. This makes it a good plant for the bathroom or bedroom.

According to the NASA study, ivy is effective at filtering benzene, formaldehyde, xylene and toluene out of the air. Ivy also removes allergens such as mould and animal excrement particles from the air. This makes this plant the perfect choice for people with allergies or asthma. 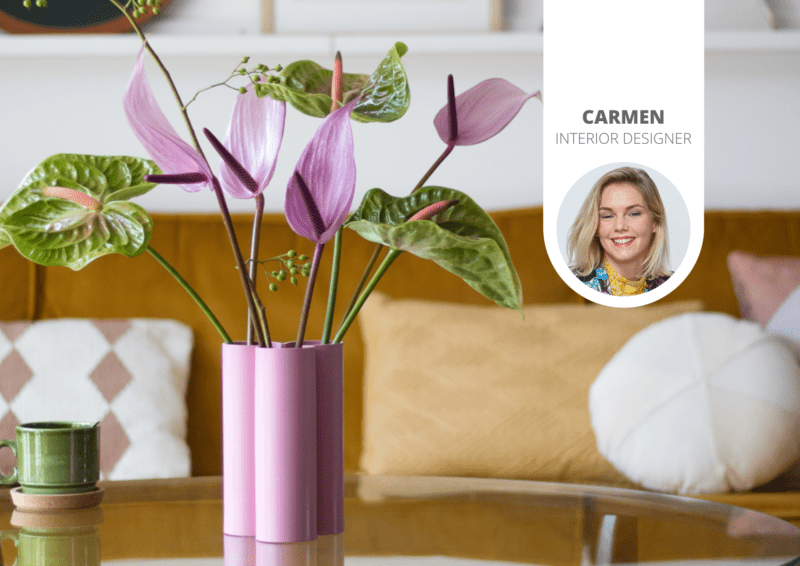 Digital Lavender is the colour that we will see a lot in 2023, according to experts and forecasters WSGN and Coloro. It's a subtle lavender shade, which provides calm and serenity. Curious how you can style this trend colour in your interior? Then read on for inspiration!

5 striking vases that set the scene for cut anthurium flowers
Flower arranging 2.0: How to create a beautiful bouquet
How to style Very Peri in your interior: the Pantone color of the year 2022
Use Flower Constellation to create a star-sign bouquet 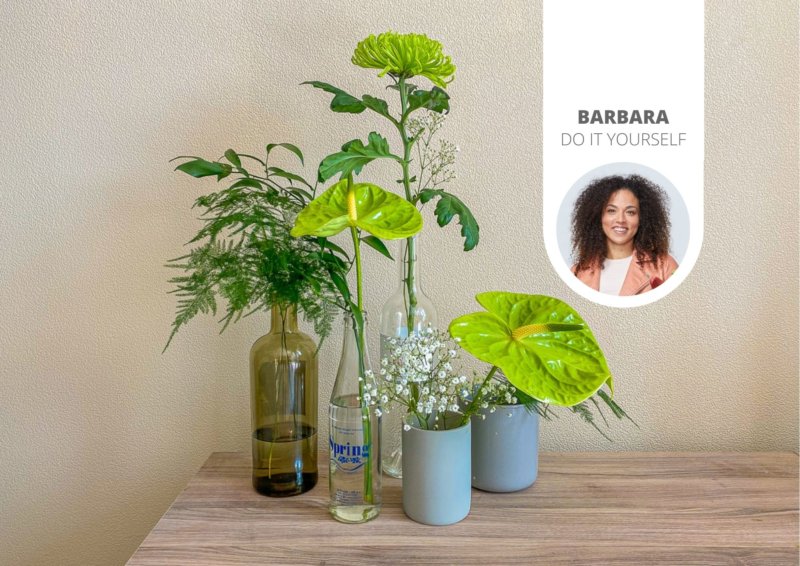 How to upcycle glass bottles into vases 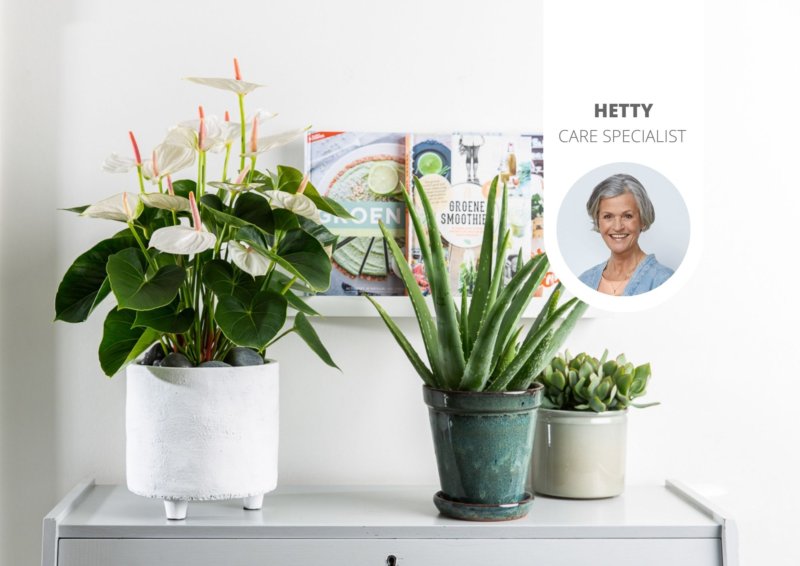 The easiest plant watering hack including a chopstick 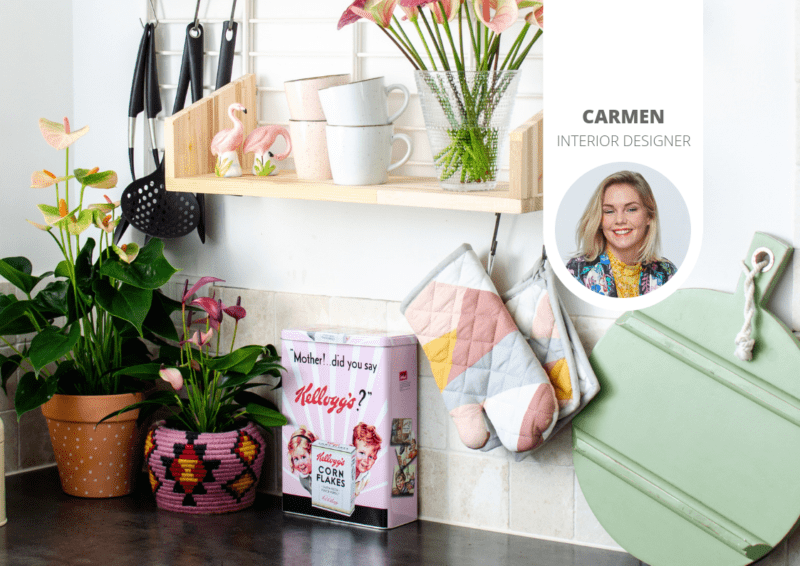 Plants in the kitchen? 5 inspiring examples